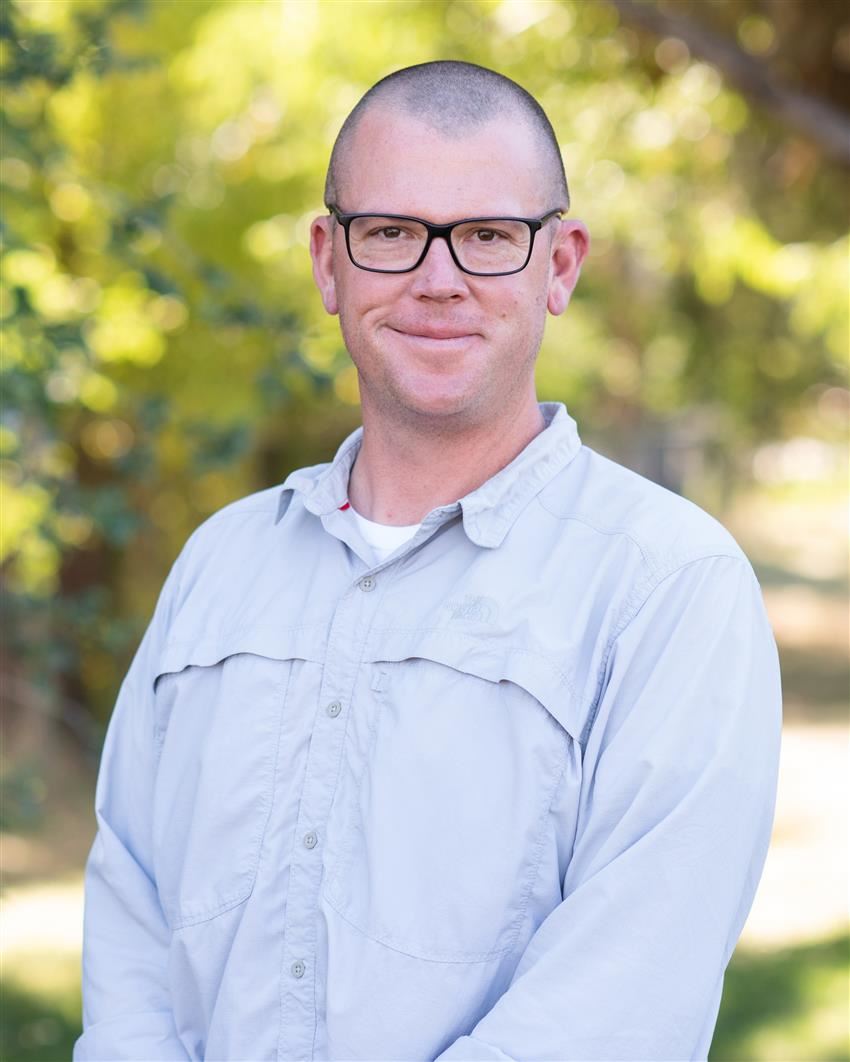 Mr. Burge graduated from the University of Northern Colorado with a degree in music education. His first year of teaching was in Pueblo and then he was hired to Widefield School District, where he spent the past 14 years as a teacher, music director, and assistant marching band director for Mesa Ridge High School. As a long-time teacher at Widefield, he earned the Most Influential Teacher Award many times and was honored by his former students at the high school graduation ceremony. In his free time, Mr. Burge enjoys spending time with his wife and children, fishing, and hiking an occasional 14er, one of which was captured in the enthusiastic photo below once he made it to the top of the mountain.